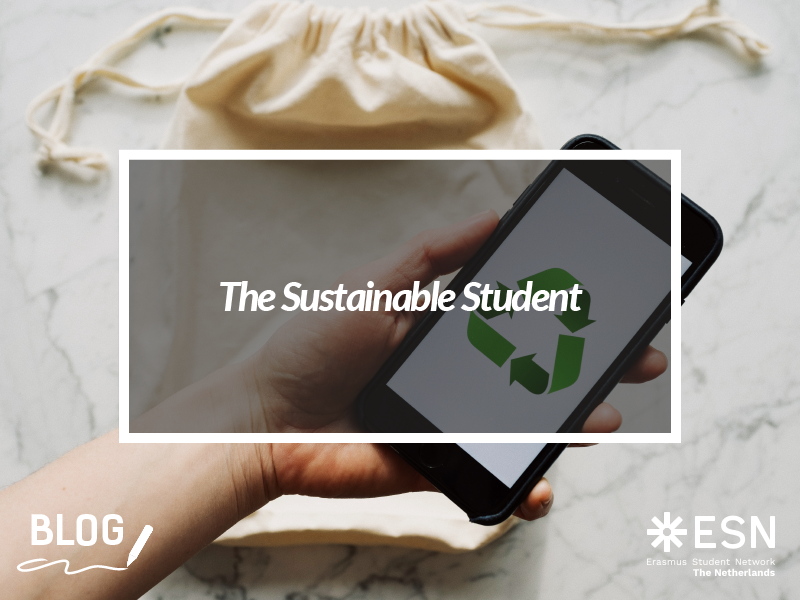 Sustainability has become the topic of today, and for good reason. It’s taken years, but many of us, especially the younger generations, are starting to realize that we, as a global civilization, have to start making decisions with the sustainability of our planet in mind. The best part of the whole concept is that being sustainable doesn’t mean being perfect at it. You don’t have to be good at every single aspect to make the world a better place to live on. Limiting your animal product intake, separating your trash to support recycling, or buying biological and organic products make the difference. Every small step and every contribution makes a difference. Now, imagine if everyone started doing this!

We’ve all met people who don’t believe in sustainability, people who ignore the positive and powerful impact it has on the environment as well as on society. However, it pleases us to say that more and more people are keeping sustainability in mind, including it in their daily lives. We’re able to draw inspiration from all around us to better ourselves in this aspect. Whether it is via social media or directly from your lecturers, you’ll come across the concept and learn new ways of contributing to it. So, what really is a sustainable way of living? What do students do exactly that are all examples of big, and smaller, achievements in lines with sustainability? Taking a look at some of our direct relations, we’ve discovered a few ways students are making sustainable changes here in the Netherlands.

1. Students are frequent users of bicycles or public transportation

One of the most important ways of contributing to a more sustainable world is by limiting our CO2 emissions. The average new car emits about 120g CO per kilometer, emitting an average of 4.6 metric tons of carbon dioxide per year (ACEA, n.d.). Now imagine if everyone with a driver’s license actually drove their car every single day, that would simply produce a whole lot of carbon dioxide which is a primary cause of climate change. In the Netherlands, as you may have read in a previous blog post about bicycles, students are the most frequent users of this form of transportation. In one year alone, the average student cycles around 2000 kilometers. Now if those kilometers were done by a car, that would mean 240.000g of carbon dioxide is released into the air per person. Using your bike more often than a personal vehicle makes a great change, and will ultimately also contribute to your personal health too.

But what if it’s raining really hard or you can’t use your bicycle? Even though the weather doesn’t stop many students from transporting by bike, there’s another way they often opt for; public transportation. Obviously, a bus produces much more CO as it is a bigger vehicle than a car, but just as obviously more people fit into one. The regular buses in the Netherlands have space for 90 to sometimes even 145 people, counting both seating as standing areas (GVB, n.d.). By sharing the same CO-emitting vehicle, you automatically limit your own CO emissions. Popular public transportation companies, such as NS and Arriva, try to encourage people to opt more frequently for this form of transportation.

It almost seems as if being vegetarian or vegan is trendy. Whether that’s the case or not, it’s become apparent that many students opt for a more animal friendly diet, ditching meat and other animal made products, such as milk and (bee) honey. According to the BBC (2020), changing your diet to one that’s vegan has a significant impact on the environment. Now, the impact isn’t as tremendous as living car-free or using renewable energy, but it does make it to number 7 on the list of options to reduce your carbon footprint. The meat industry, with that in particular beef, produces shocking amounts of CO2 in order to produce their product. If more people aim to eat less meat, as mentioned before you don’t have to cut everything out of your diet to do better, and therefore opt for a diet that consists more of the other elements of the food diagram, there will be a significant change for the environment. Additionally, the less meat and animal products we consume, the lesser the demand becomes. A cow needs a significant amount of space to graze and grow, but if that same space is used for vegetables and fruits instead, the world is able to feed more people with less land! Whether it’s a matter of being cheap, since meat and animal products are high up on the price list in supermarkets, students have shown to be the primitive demographic that opt for a sustainable way of consuming food.

Something that has often led to different beliefs is the concept of recycling. Do recycle companies actually separate our collected trash or would they rather dump it in landfills or send it to south east Asia to be burned out of our sight? It’s an honest doubt for sure, but since the 1990s the system of recycling has skyrocketed and proves the many values of separating your trash items. As Howard (2018) puts it in his article for National Geographic, people need to rid themselves of the idea that they can just toss every type of garbage in the same bin. There are different systems in each country, based on the given recycling instructions that come with the bins for each household. When items are thrown into the same bin, it costs more money to separate and otherwise get rid of it. Many times recycling of products isn’t possible due to the mix of different garbage in the same recycle steam. It is therefore important to follow the local rules to make sure this process keeps running smoothly (Howard, 2018).

We know it is very easy to throw everything into the same bin, but take example of the many students and families who’ve become pros at recycling. All you’ll need to do is print the separation list for recycling and hang it up in your common area, such as your kitchen. Have separate bins for the different types of garbage inside or outside of your common area, and then simply stick to the rules!

4. Make way for the bees

Without bees, we’d be in so much trouble. Being the world’s most important pollinator of food crops, it’s safe to say that without this small fuzzy insect it’ll be difficult to feed the big amount of people on our planet. From avocados, soybeans and asparagus to broccoli, cucumber and cranberries, many domestic and imported fruits require pollination. The increased biodiversity that bees are also accountable for, stimulates plants and crops to grow, allowing us to eat so many great vegetables and fruits. Unfortunately, all over the world, bee populations are in decline. Climate change and lack of bee friendly flowers are just two reasons why. However, there are ways that gardeners can help the bee to bounce back. Some student homes have started to acknowledge the positive impact it has to have some flowers in their small gardens, balconies, or rooftops. Not only does it spruce up the entire look of your “garden”, but it also immediately benefits the bees. Planting bee-friendly gardens will lead to healthy and beautiful plants, and will ensure that they stick around to continue their critical role in our ecosystem.

5. Keep an eye on your water

Last but not least, a dramatic change more and more students are implementing in their houses is keeping a watch on their water usage. With the ability to just turn a knob and have water come out of the faucet, it makes it easy to forget that sometimes too much comes out. But let’s face it, we cannot live without water and saving water helps to preserve the environment. We know how incredibly satisfying it is to take a long shower, but by reducing your shower time, you reduce the energy that is required to process and deliver water, which ultimately helps to reduce pollution and conserve fuel resources. Shorter showers are one way students are conserving water, but also turning on the dishwasher or washing machine only when it’s completely full is a way. No small washing loads that waste water. The best thing in the end is that by saving water now, immediately means having water available to you in the future.

So, that are our tips for living as a sustainable student. There are obviously many different ways. What are your tips and tricks for us?

Written by Isanya Köhne, from ESN The Netherlands committee